Busan the city of international conventions - the perfect place for any event!

Korea is one of the most advanced nations in the world, yet it is also country steeped in historically rich tradition. In Busan, this combination of the old and the new abounds at every turn. Firstclass convention facilities sit minutes from sandy beaches and historic mountain trails. Serene, thousand-year old temple sites are nestled among some of the tallest residential skyscrapers in Asia.

BEXCO, established in 1995, has served as many organizers' venue of choice with more than 20 years of experience in hosting countless international and domestic meetings and exhibitions. As one of the most celebrated landmarks in Busan, BEXCO has played a key role in promoting the city of Busan as one of the most competitive and attractive destinations in Northeast Asia to host large scale international events.

Notably, BEXCO was selected as the venue for some of Korea’s largest events including the 2004 ITU Telecom Asia, 2005 APEC Summit Meeting, 2006 UN ESCAP Ministerial Conference on Transport, the 3rd OECD World Forum in 2009, the 8th IDF Western Pacific Region Congress in 2010, the Fourth High-Level Forum on Aid Effectiveness in 2011, the 27th Asia  Pacific Academy of Ophthalmology Congress in 2012, the 95th  Lions Clubs International Conven-tion in 2012, the 19 th ITU  Plenipotentiary Conference in 2014, The 2017 ITU Telecom World, the 2018 African Development Bank Annual Meeting and the ASEAN-Republic of Korea Commemorative Summit in 2014 & in 2019.

The Center consists of 16 exhibition halls and 52 meeting  rooms, and hosts an average of over 100 exhibitions and 1,000 meetings and events annually. It ’s central location surrounded by abundant accommodation facilities and  attrac-tive tourist attractions along with high standard meeting infrastructures will serve as key elements in hosting a very successful COSPAR 2024 in Busan, Republic of Korea. 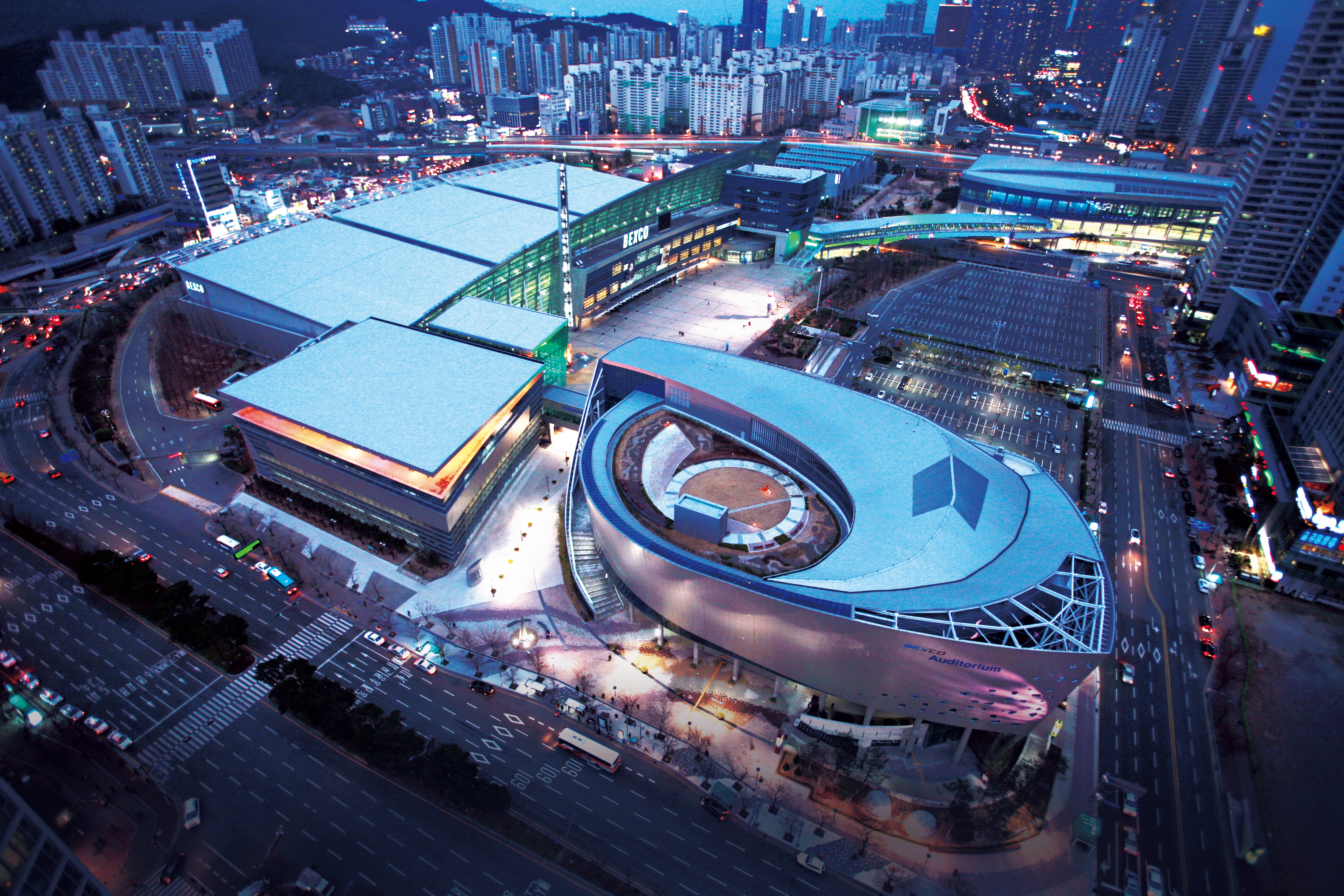